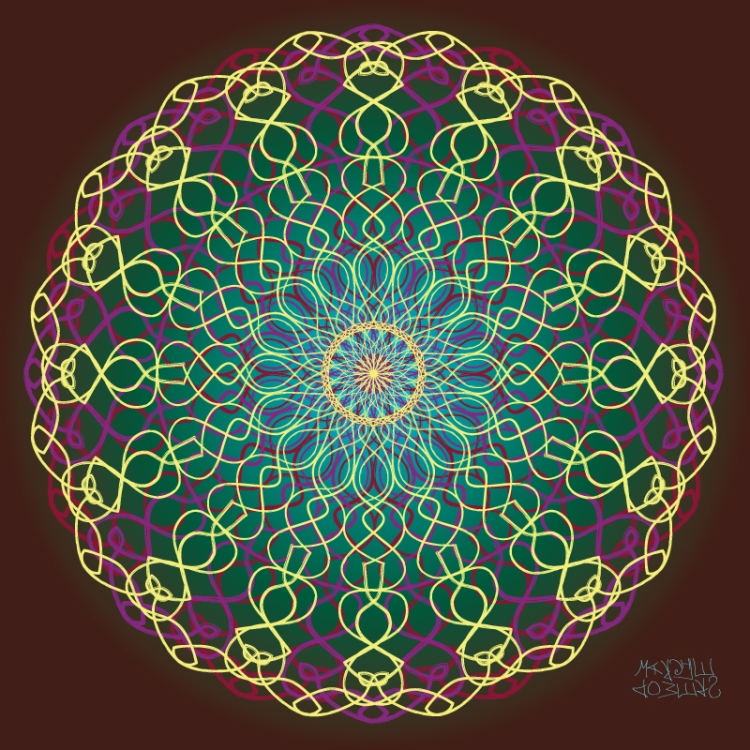 Gaia is like an ecstatic mother with good news of how her children are doing during ascension. Humanity and mother earth are reconnecting as people realize that she is much more than a rock to own.

Marcile Powers's project meditation mandala https://meditationmandala.com/ was displayed as part of the New Deal Show at the Sarasota Federal Building from October 1st to December 31st 2011. Marcile’s artwork was seen at the Downtown Orlando Central Library as part of the Seed, Orlando Art Alliance through the end of February. The formal opening for the show was Saturday January 15th from 4-6pm with an after party at Blank Space. A percentage of the all of the proceeds will go to benefit the nonprofit Seed, Orlando Art Alliance. From January 26-29, Marcile’s graphic art entitled Circle the Helix will be on display at MacWorld 2011 in San Francisco. As a decade long Macintosh user, Marcile’s reaction to the news was ecstatic. View more posts